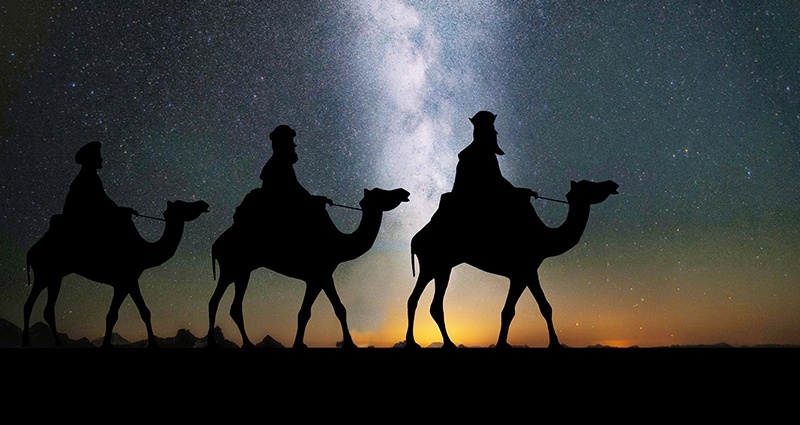 Christmas Eve is over. However, tomorrow it’s the Three Kings Day, which is differently called in other European countries. As Colorland is a global company, aware of the cultural variety, we’ve decided to share with you some information about traditions and ways of celebrating the Twelfth Night in countries where Colorland is present.

In Ireland, the Three Kings Day is celebrated on 6th January, called also as the ”Little Christmas” or ”Nollaig Bheag”. This is the day that ends the 12 days Christmas period in Ireland. In this day, people undress the Christmas tree and put the Christmas decoration back to storage, for the next year. As the tradition says, undressing the Christmas tree earlier may bring bad luck to the family. The ”Little Christmas” name is most probably connected with the fact, that before the Gregorian calendar was accepted in 1752, the Christmas Eve was celebrated in an old way, on the 6th of January. The Three Kings Day is also called ”Women’s Little Christmas”. At one time, when women were mostly responsible for taking care of home and family, in the day of The Three Kings they had a ”vacation” - they can go to a bar or party and the husband stayed home with kids. Time has changed, but the tradition is still celebrated and the 6th January evening is still owned by women. :) 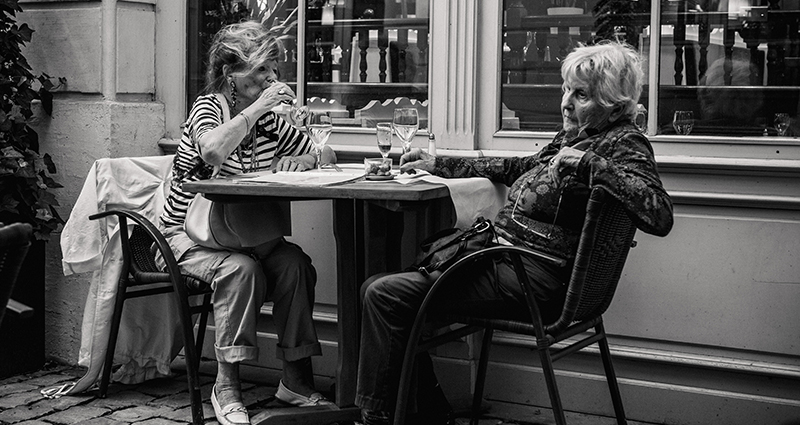 The Three Kings Day is not a bank holiday in Great Britain, but there are masses in churches. There are also occasional parties organised in this day, on which people serve a special Twelfth Night cake. A dry seed of bean and pea is put into the cake. People who find a seed in his/her piece are crowned king and queen of the evening. Sometimes the seed of bean and pea have a different meaning, for example in Spain – the person who didn’t find the seed in his/her cake, has to buy the Twelfth Night cake next year. Before 6th January all Christmas decoration should be taken off from houses, school or workplaces. British people, same as Irish believe that keeping them brings bad luck. 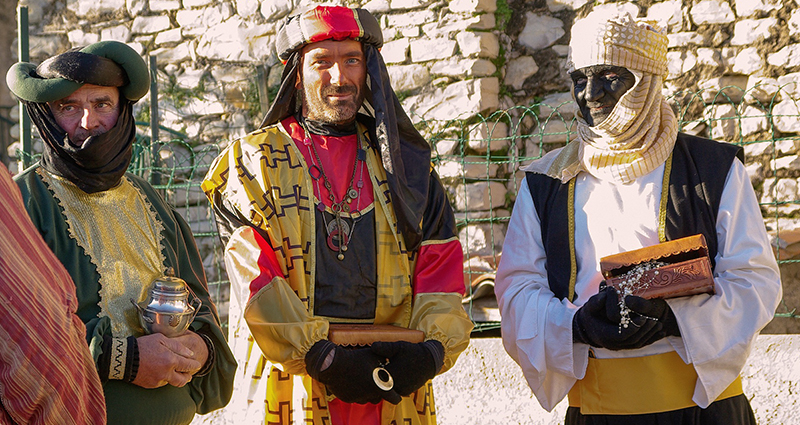 When the Christmas Eve in Spain is mostly celebrated at home with family, the Three Kings Day (called  „ Día de los Reyes Magos”) is usually celebrated in a more exuberant way. It starts on 5th of January, when a procession, with three kings on the front, goes through the streets of cities and little villages. Lots of people wear costumes and share sweets across streets. This is also the favourite day of almost every Spanish child because they receive gifts from the Three Kings (it’s less popular during Christmas). On 6th of January people eat the yeast-cake in the shape of a ring. The cake is called „Roscón de Reyes”. Depending on the region, a seed of bean or/and a ceramic figure of the king is put into the cake. Then the cake is cut into same size pieces – the person who finds the bean has to pay for the next Roscón de Reyes. The person who finds the figure of the king becomes the king for the whole day. 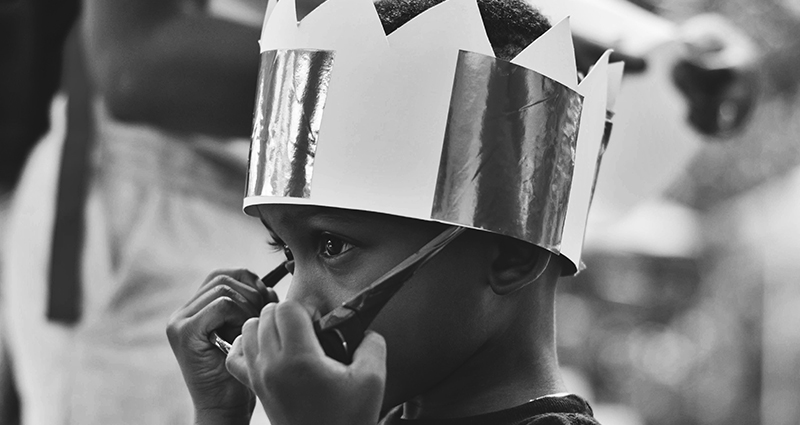 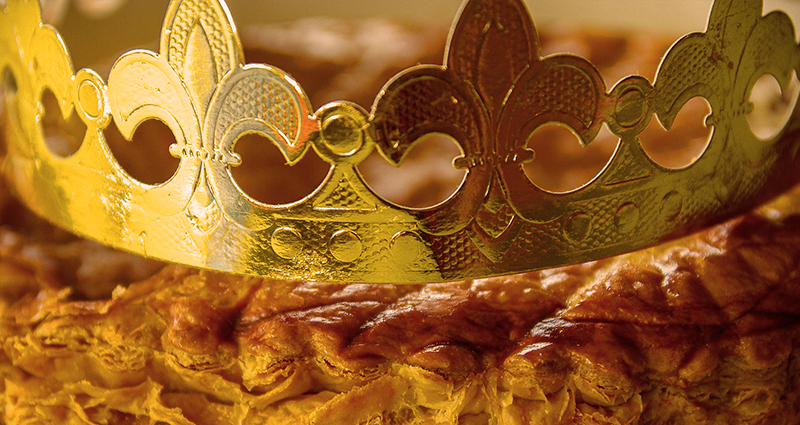 In France, the tradition says that in every family, in the day of Epiphany there has to be a king elected. Each family buys a round cake, called ”Galette de Rois”. In each cake there’s a little, plastic figure (in luxury cakes it may be jewellery or even a car-key). Then, the cake is cut into as many pieces as the family includes. Each family member eats his/her piece and looks for the figure. The person who finds the figure becomes the king and wears a crown made from paper (often bought together with the cake) by the end of the day. This day is celebrated by Christians and atheistic people, because this is a secular tradition. In Belgium, the ”Galette de Rois” is also well known.

In Italy, kids receive gifts twice a year. First on 25th December – this is the most know holiday in Italy, when Santa Claus brings the gifts. For the second gift, each child has to wait until 6th January – Three Kings Day. Gifts are brought by Befana, an old lady with big, rounded nose. She flies on a broom with a bag of gifts. Good children are rewarded with gifts and these naughty kids receive a piece of coal. The piece of coal is the equivalent of a birch-rod. This character is mostly secular, but comes from the „epiphany” word. 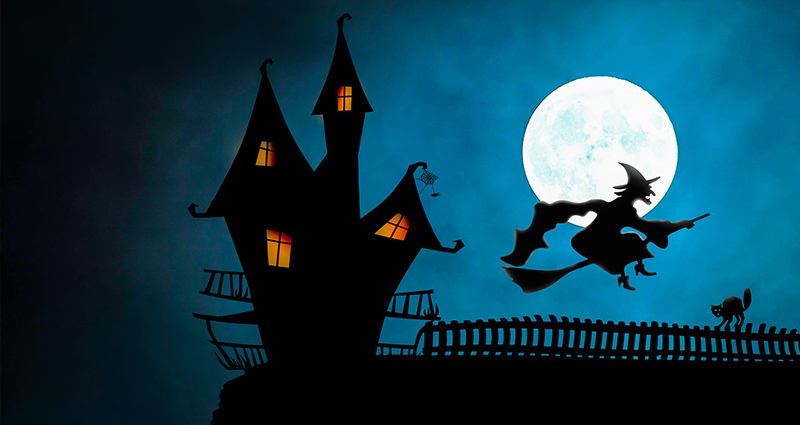 The legend of epiphany is connected with the journey of The Three Kings to the baby Jesus. Casper, Melchior and Baltasar met an old lady during the journey and proposer her to join them. The lady refused. Next day, she began to regret that she didn’t go with them and decided to catch up with them. It was too late – The Three Kings were too far away, the star of Bethlehem faded and Befana has never seen the baby Jesus. Since then, on the night between 5th and 6th of January she leaves gifts in every house where a baby sleeps, in case if it was Jesus. 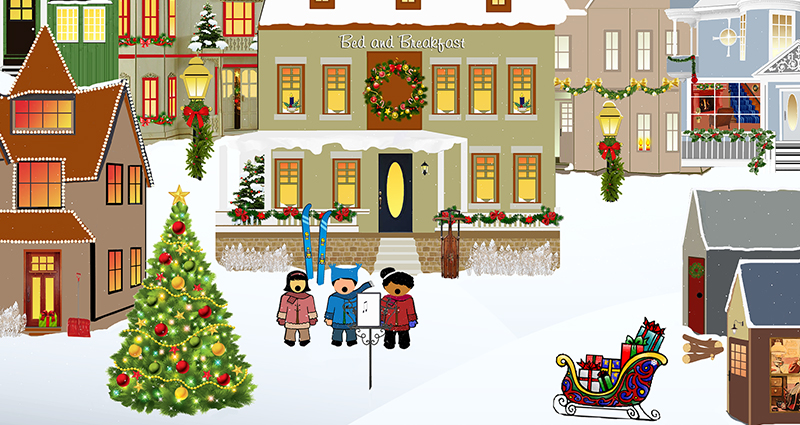 In Germany, the holiday is called: „Heilige Drei Könige”, „Dreikönigsfest” or „Dreikönigstag” and is celebrated mostly by Catholics. In the calendar of Evangelical Church it’s also present, however, it’s not celebrated so much. In most of the german regions it's a working day, but in regions: Bavaria, Baden-Württemberg and Saxony-Anhalt this day is a bank holiday. People mark houses with letters: C+M+B+year, what is interpreted as first letters of the names of The Three Kings or as the shortcut from Latin: "Christus mansionem benedicat“. The Three Kings day is also connected with the  sixteenth century tradition of children singing carols in local parish ( Sternsinger). Children dress like Three Kings and walk from house to house, singing carols or praying. In this way, they collect charitable donations. In the past, children were rewarded with apples or nuts.

In the Czech Republic, the epiphany holiday is celebrated in a similar way than in Germany.  It’s not a bank holiday. What’s interesting is the fact, that swimming in Vitava river in Prague is very famous. 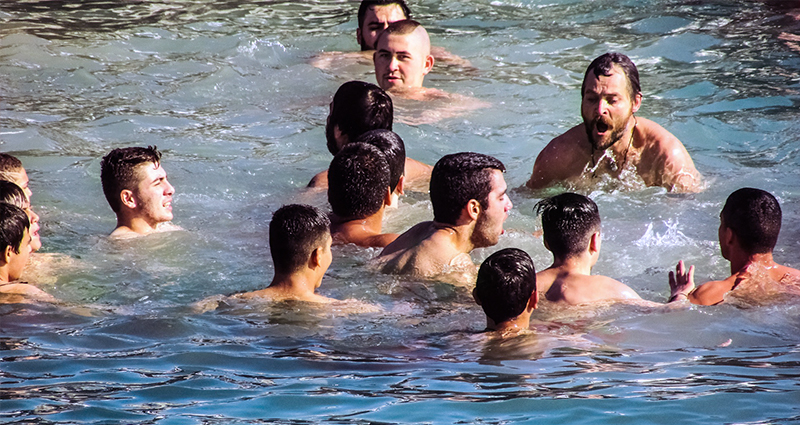 In Lithuania, the Three Kings Day is a religious holiday, but it’s still a normal working day. In bigger cities, a parade of Three kings goes through the streets and for children there are competitions organised. However, there are no special traditions connected with Three Kings Day in Lithuania.

And do you celebrate the Three Kings Day in a special way? Don’t hesitate to share your traditions with us. And of course, remember to print all these special moments on Colorland’s products!